Why you should start stalking Brussels sprouts 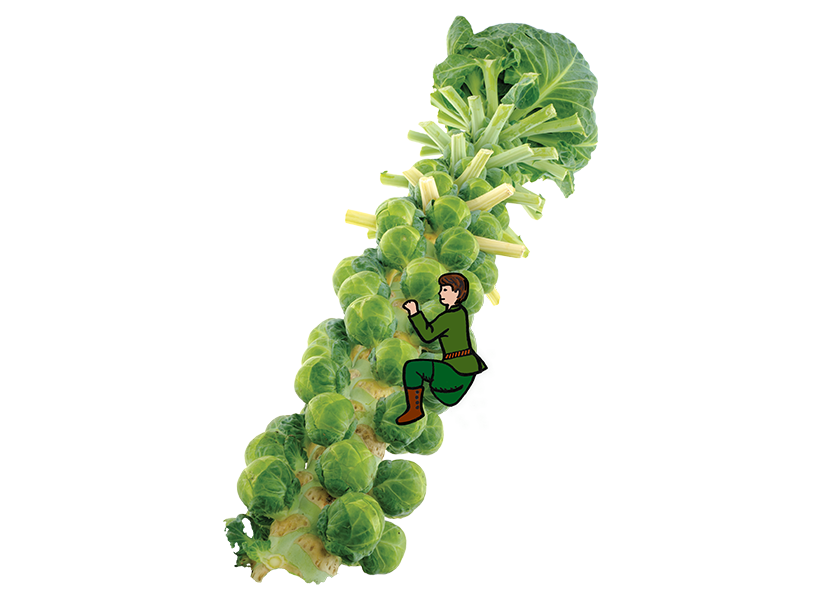 Tucked in mesh or plastic bags next to other sturdy fall vegetables like cauliflower and broccoli, Brussels sprouts are a fall staple and holiday menu must-have that can be overlooked other times.

It’s a shame, because these understated orbs will repay a little inspired merchandising and culinary thoughtfulness tenfold. A bit of effort with Brussels sprouts can result in gorgeous displays and delicious, versatile side dishes that will see shoppers through the winter months.

Like many other root vegetables and brassicas that thrive in the cold months, Brussels sprouts benefit from a good winter freeze. You can count on late fall and winter Brussels sprouts to have the sweetest, mildest flavor due to freezing temperatures that force the plant to convert starches to sugar.

At first glance, the small sprouts appear to be mini cabbages, but they are far from it! The small spheres grow by the dozen on thick stalks reminiscent of whimsical, Dr. Seuss flora. They are often harvested off the stalk and packaged in packs by the pound for easy preparation.

To display, arrange Brussels sprouts in bagged stacks in a refrigerated case. If you want to add an unexpected visual impact to your merchandising, source and display your sprouts on the stalk directly in your cold case. Regardless of how you display these tiny brassicas, look for sprouts that are dark green and tightly formed and avoid signs of yellowing or opened sprout clusters.

Suggest to shoppers the many ways they can enjoy Brussels sprouts, which have become trendy in the recent years due to creative recipes.

If you’ve lived through the mid-aughts, you’ve likely sampled the classic combination of bacon and Brussels sprouts. While it’s hard to go wrong with this addictive pairing, the vegetable is also delightful sauteéd or roasted with a simple butter and parsley garnish. A subtle balsamic glaze has been known to win over fans, too.

But don’t overlook the power of raw Brussels sprouts!  Shoppers can add green variation and texture to fall and winter salads and slaws by shredding fresh Brussels sprouts, just as they would red or green cabbage.

Your most comprehensive produce industry platform with the tools to find people, products and information to simplify doing business.

With more than 500 produce variety and commodity pages, you have all the trends, sales strategies, facts and much more to make the right business decisions.

Are you looking for new business prospects? Become a member to gain access to contacts for the right buyer or seller for your business.

Tell your company’s story. Claim your company to manage your produce industry profile. Add your overview, logo, contacts, produce and much more!

Help decision-makers make the right choice. With one-click, publicly vouch for the positive skills or services you have experienced with a company.

Learn about a company’s pay policy and what others are reporting their average days to pay are. Become a member to access company pay practice ratings, number of employees and more.

Register Now to Search for Companies

With your free account you can endorse, rate and search for companies.